The majority of blueberry crops grown across the world are cultivars that have been derived from the species Vaccinium corymbosum, otherwise known as the northern highbush blueberry. However, most of these cultivars were established in the US where the climate differs considerably from that in other countries, particularly those in northern Europe and the UK, and therefore do not always perform at the optimal rate.

In the last decade, there has been a huge increase in the demand for blueberry production worldwide as a result of increased daily consumption. This rise in popularity is largely due to the various health benefits associated with blueberry consumption. Blueberries are widely regarded as a ‘superfruit’ on account of the high levels of nutrients they contain which have been shown to possess anticancer and anti-inflammatory properties in addition to reports they could aid in the prevention of cardio-vascular disease, among many other associated benefits.

The majority of blueberry crops grown in northern Europe, and indeed the majority of blueberry-growing countries around the world, belong to the species Vaccinium corymbosum, otherwise known as the northern highbush blueberry. However, this species is native to North America and as such, all the varieties derived from this species are naturally adapted to a North American climate. This has been shown to have a significant influence on the performance of those crops grown in, for example, northern European countries such as the UK where the climatic conditions are significantly different to that in the US.

The amount of consumed blueberries in Europe went from 60 thousand to 120 thousand tons from 2006 to 2017. A similar trend can be seen across the world too, if not so marked. An important aspect of consumption to consider is the big difference among countries: e.g. in Italy consumption is still quite low with only 300 grams per year per person, compared to 1.3 kg in Great Britain and 1 kg in the USA (the two main markets in the world). Both have been the subject of a concerted marketing action between producers and importers, which has led to higher growth rates than any other fruit and vegetable product. Expert projections recently indicated global blueberry consumption expected to be 2 million tonnes within the next ten years, and 860g consumption per person in the European area by 2026. The last 12 months, marked by the pandemic, have not changed these estimates and blueberries continue their double-digit growth in all major world markets.

The American giant blueberry is native to cool-temperate areas, the taiga and marshy areas of the northern hemisphere, more precisely in North America. Exposure in humid areas with a climate similar to its natural habitat range from partial shade, where it produces less sweet and more acidic fruit, to full sun, where abundant and sweeter fruiting is obtained. Even in warmer and less rainy areas the same results can be obtained as long as watering is frequent. The increase in blueberry cultivation in cooler areas around the world has contributed to the development of cultivars that are suitable for these environments.

Such newly released blueberry cultivars might not be available in specific territories and the increased demand for blueberry cultivation areas is limited by the low adaptability of commonly known varieties to different soils and climates. The grower’s access to those varieties is crucial for the success of the commercial establishment of a blueberry farm. A blueberry plantation of resilient cultivars has the potential to produce a good crop for many years and thus planting the most suitable genotypes is fundamental. For the growers, the most important traits of a cultivar are related to the berry plant yield efficiency, and include a high plant yield, a high harvest speed, good average fruit weight, and resistance to pests and diseases.

Blueberry fruits are believed to be good for human health because of their high polyphenolic compound content. Amongst these compounds, anthocyanins provide blueberries with their characteristic blue colour and have been shown to contribute to the antioxidant capacity of berry fruit Those compounds are reported to have a role in improving circulation, preventing stroke, providing benefits for vision, and their anti-inflammatory and anti-oxidative effects have been extensively reported. 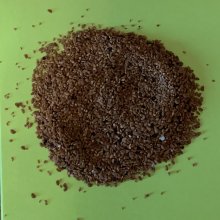 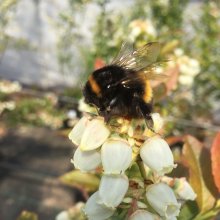 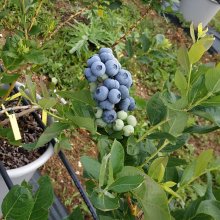 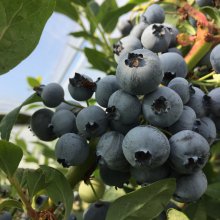