Common Strawberry is a plant belonging to the biological form of reptant hemicryptophytes. Plants perennial by means of buds placed at soil level and with creeping stems. It is a perennial dicotyledon, erroneously considered of herbaceous type; it is octoploid (2n=8x=56), mainly monoecious, dioecious, gyno-dioecous, and trioecious, with perfect flowers (hermaphrodites) able to self-pollinate. The real fruits of this species are the achenes that derive from the fertilization of the ovaries and are erroneously considered seeds; the edible part of the infructescence is nothing but the receptacle grown and become fleshy.

The species Fragaria ×ananassa, belongs to the wider category of small fruits (berries), it is a hybrid from which derive most of the varieties used in the current strawberry cultivation and it is strongly dependent on the interaction genotype-environment. Thanks to this peculiar characteristic, it is possible to grow it in all environments, from the hottest to the coldest, with the exception of extreme environments. In fact, one of the current objectives of breeding is to expand, even more, the range of cultivation of the species, in different climates and with different cultivation systems, adopting appropriate cultivars ("Growing Strawberries from the Equator to the Arctic").

Taking into account the last 25 years (1994-2018), the production of this fruit has increased from 3.2 to 8.4 MT, while the area under cultivation has increased from 238 to 372 kha. Using regression techniques, world strawberry production looks set to reach 12 MT in 2030, while world strawberry acreage is expected to reach about 430 kha. In fact, it is one of the products with the highest expectations on per capita consumption increases globally. World strawberry production can be divided into four main zones that concentrate about 96% of total production: East Asia, 40%, North America Free Trade Area (NAFTA), 24%, Europe, 20%, Middle East North Africa (MENA), 12%. The four main Strawberry World Zones ("SWZs") also show a different evolution of production; almost all of them, except Europe, have been growing continuously, but at different times and speeds. East Asia's share has increased from 30% to 40% in the last 25 years, NAFTA's production reached almost 2 MT in 2018, with a 24% share. The MENA region in the last decade was second only to East Asia. Europe was the world leader with a share of more than 50% until the late 1980s, but its annual growth rates have been consistently below 2% in recent decades, increasing by only 500 Kt over the past 25 years.

In the three-year period 2016-18, globally, the top 25 strawberry-producing countries concentrated 95.5% of global production.

The species Fragaria ×ananassa is a spontaneous interspecific hybrid originated from the casual crossing of two octoploid, trioecious species, native to America. This species is the object of interest for fruit and vegetables only since few decades; in the past, till the end of '500, the parent species have had not yet a right systematic collocation, nor an agronomic valorisation. The plant was used, in gardens, to make flowerbeds giving importance to spring flowering rather than to production; only towards the end of the seventeenth century it has been given a productive meaning to the plant, also thanks to the studies made on the species by Antoine Nicolas Duchesne, gardener of the King of France, Louis XVI. Duchesne was the progenitor of modern strawberry cultivation, based on the species derived from the interspecific crossing (hybridization) of F. virginiana × F. chiloensis. Later on, a third octoploid species, F. virginiana subsp. glauca Staudt, was used in the breeding activity, in order to introduce the re-flowering character (day neutral - indifferent to photoperiod) in F. ×ananassa.

Today the fruit, thanks to breeding programs that have improved its quality characteristics, is widely appreciated for its characteristic aroma, bright red color, juicy texture, sweetness and, last but not least, its high nutraceutical value. It is consumed in great quantities, both fresh and in prepared foods such as jams, ice creams and yogurt; whereas strawberry artificial flavors and aromas are widely used in products such as candies, soap, perfumes and many others.

Strawberry, like small fruits, offers valuable prospects for the development and economy of rural areas due to its high value, both in the fresh market segment and in the processing industry, far superior to crops such as wheat or corn. In response to growing market demand, cultivation has expanded continuously, mainly due to consumer recognition of its higher sensory and nutritional quality. In fact, this fruit is considered an important source of bioactive compounds (vitamin C and B9) and phenolic compounds (phenolic acids and flavonoids). These antioxidant compounds contribute to determine a high total antioxidant capacity (TAC), which, by reducing the action of free radicals, contributes to improve consumer health. The concept of fruit quality is mainly based on the chemical composition (sugar content, acidity, volatile organic compounds, macro and microelements, bioactive compounds) and/or their physical characteristics (firmness, shape, size, color). These characteristics, which are of increasing interest to consumers, could vary in their content during product storage; for these reasons, in the last decades the objectives of genetic improvement programs have not only been to release new cultivars with higher resistance to biotic and abiotic stresses and expand the pedoclimatic range of cultivation, but also to improve the sensory and nutraceutical quality of fruits.

In order to recover important traits of resilience and sensory and nutritional quality, it is important to recover, characterize and enhance, even with genetic improvement programs, the available genetic resources. However, these programs are long lasting and difficult to implement, as they require several generations of crossbreeding to be able to recover and combine the characters of germplasm, from wild species such as Fragaria virginiana ssp. glauca, in cultivated varieties. These activities are difficult to carry out, especially in genetic improvement programs conducted by private companies, whose objectives are aimed at obtaining new varieties in a short time. It is for this reason that it is very important to create an integration between public and private research, with the aim of developing innovative breeding programs, including advanced genotyping and phenotyping technologies, able to characterize and better exploit the existing genetic variability.

The "BreedingValue" project aims to bring together public and private actors, internationally renowned scientists, managers and small and medium enterprises (SMEs), with considerable experience in the management and characterization of genetic resources (GenRes) of strawberry, raspberry and blueberry. This will allow to study the current biodiversity of these species, applying advanced genotyping and phenotyping tools, identifying new pre-breeding materials to be used for the creation of resilient cultivars with high quality fruits for consumers. 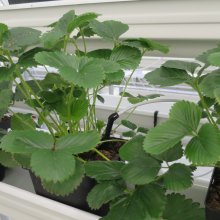 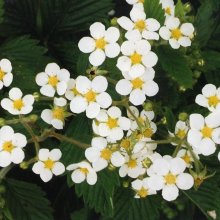 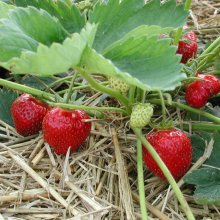 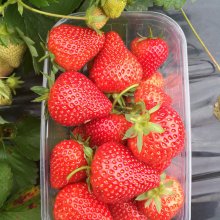 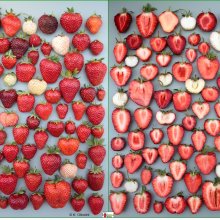